Plans to open the world’s first mine in the deep ocean have moved significantly closer to becoming reality.

A Canadian mining company has finalised an agreement with Papua New Guinea to start digging up an area of seabed.

The controversial project aims to extract ores of copper, gold and other valuable metals from a depth of 1,500m.

The company, Nautilus Minerals, has been eyeing the seabed minerals off Papua New Guinea (PNG) since the 1990s but then became locked in a lengthy dispute with the PNG government over the terms of the operation.

Under the agreement just reached, PNG will take a 15% stake in the mine by contributing $120m towards the costs of the operation.

“There’s always been a lot of support for this project and it’s very appealing that it will generate a significant amount of revenue in a region that wouldn’t ordinarily expect that to happen.”

The mine will target an area of hydrothermal vents where superheated, highly acidic water emerges from the seabed, where it encounters far colder and more alkaline seawater, forcing it to deposit high concentrations of minerals.

The result is that the seabed is formed of ores that are far richer in gold and copper than ores found on land.

Mr Johnston said that a temperature probe left in place for 18 months was found to have “high grade copper all over it”. 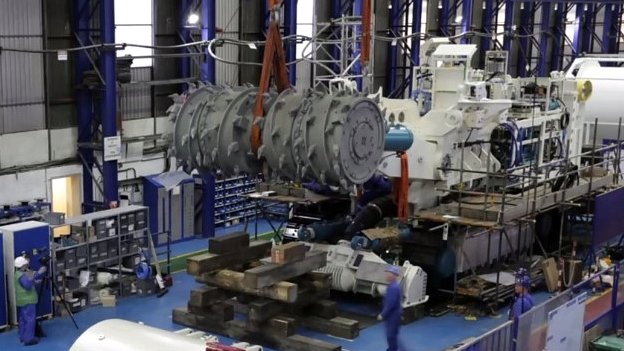 For decades, the idea of mining these deposits – and mineral-rich nodules on the seabed – was dismissed as unfeasible because of the engineering challenge and high cost.

But the boom in offshore oil and gas operations in recent years has seen the development of a host of advanced deep sea technologies at a time when intense demand for valuable metals has pushed up global prices.

The mine, known as Solwara-1, will be excavated by a fleet of robotic machines steered from a ship at the surface.

The construction of the largest machine, a Bulk Cutter weighing 310 tonnes, has just been completed by an underwater specialist manufacturer, Soil Machine Dynamics (SMD), based in Newcastle, UK.

The plan is to break up the top layer of the seabed so that the ore can be pumped up as a slurry.

The agreement with PNG now clears the way for Nautilus to order a specialist vessel to manage the operation. Mining itself could start within five years.

Environmental campaigners have long argued that seabed mining will be hugely destructive and that the precise effects remain unknown.

Richard Page, oceans campaigner for Greenpeace, said: “The emerging threat of seabed mining is an urgent wake-up call for the need to protect the oceans. 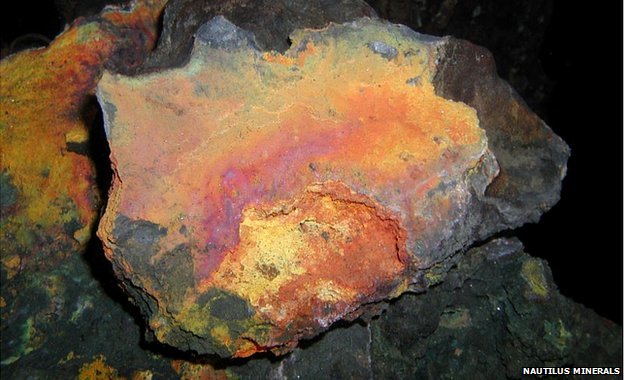 For decades, the idea of mining these deposits was dismissed as unfeasible

“The deep ocean is not yet mapped or explored and so the potential loss of fauna and biospheres from mining is not yet understood.

“Only 3% of the oceans and only 1% of international waters are protected, which makes them some of the most vulnerable places on earth – what we desperately need is a global network of ocean sanctuaries.”

According to Nautilus, the mine will have a minimal environmental footprint, covering the equivalent of about 10 football fields and focusing on an area which is likely to be rapidly re-colonised by marine life.

Mr Johnston said: “It’s a resilient system and studies show that life will recover in 5-10 years. An active venting site 1km to the southeast has the same bugs and snails and the current will carry the bugs and snails to the mine site. We expect it to recover quite quickly.”

But this will be the first attempt to extract ore from the ocean floor, so the operation – and the company’s assurances about the impacts – will be watched closely.

So far, 19 licences to search for seabed minerals have been awarded by the International Seabed Authority, the UN body policing this emerging industry.

The International Seabed Authority (ISA), which has welcomed the Nautilus Minerals agreement with Papua New Guinea, is currently drawing up guidelines for the environmental management of future seabed mining.

Michael Lodge of the ISA told the BBC: “This is a very exciting opportunity and we are looking forward to learning from the tests of the new machine, which is a world first and should give us some valuable insights into technical feasibility and environmental impact.”